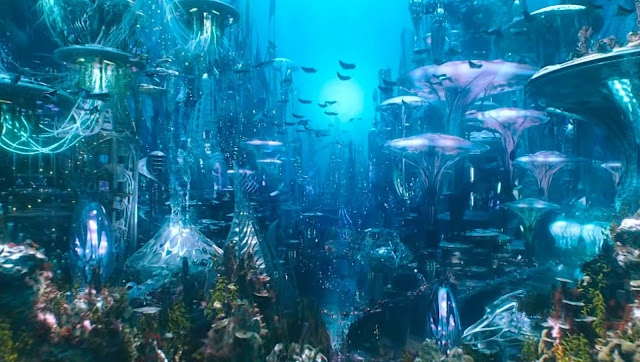 Posted by Erik Menard at 1:18 PM No comments: 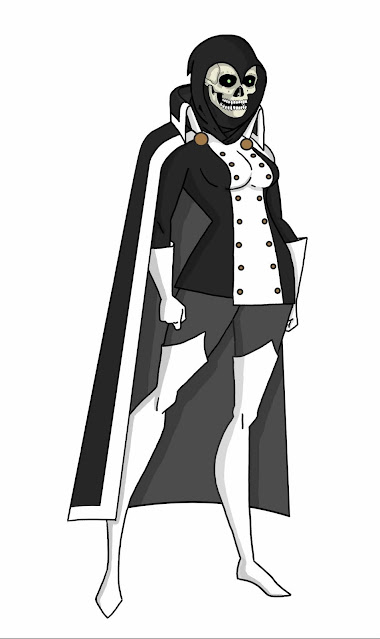 The Independent World New Service (IWNS) was founded in 1954 in direct response to the accusations, and actions, of Senator Joseph "Tail Gunner Joe" McCarthy (1954) during the "McCarthy Hearings" held under the auspices of the Senate Committee on Government Operations, and it's Permanent Subcommittee on Investigations.

IWNS was the brainchild of inventor, aircraft manufacture and philanthropist Gregory Lennart. When Lennart saw Sen. McCarthy beginning to abuse his position as chairman of the Subcommittee on Investigations, and use it as his personal "witch hunt" against many of America's costumed heroes (many of whom had served honorably in WWII), as well as other high profile citizens, he was disgusted.

The turning point for Lennart was when he saw how the American popular press was happily regurgitating every spurious, salacious and, malicious accusation made against these people by the committee, and luxuriating in the higher and higher revenues that their yellow journalism brought in.

He concluded that the American people, and the world, needed and unbiased and independent source of news and information to help them form their own opinions on the goings on in Congress, and to help protect and restore the reputations of those, citizens and heroes Sen. McCarthy’s had targeted in order to further his political career.

The Library of Eternal Night 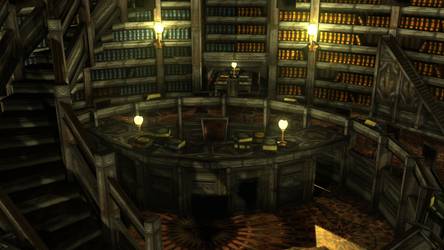 Ever since the summer of 1934 there has been a nocturnal man of mystery stalking the busy streets and quiet laneways of Port Cartier. A shadowy avian figure garbed in black, brown, and gold, flitting between rooftops. Striking a blow in the night for Justice. It wasn’t Long before the press of the time caught wind of the name that was found scrawled at the bottom of the notes left pinned to the thugs the Port Cartier police began to find left for them in various parts of the city. That’s when the name "Night Hawk" entered the consciousness of the city. The French language press equally eager to embrace this mysterious, and romantic figure, simply called him "le Faucon Noir". Since that time there has almost always been a Night Hawk perched above the city, ready to swoop out of the darkness and put right the wrongs committed in the dark nights of Port Cartier.

The mantel of the Night Hawk appears to have been passed down to perhaps 4 different Individuals since his initial appearance in the 1930’s, and not every iteration of Port Cartier's night-time champion has been male. When it comes to Night Hawks it seems that the female of the species is every bit as determined and effective in their chosen duties as the male.
From time to time the Night Hawk has been seen in the company of a fledgling crime fighter, clad in bright scarlet. These “sidekicks” have taken on the nom-de-geurre of “Cardinal”.


The Inspirations I had for Night Hawk are basically very similar to the ones that I had for Midnight  (Bat-Man, The Shadow , The Phantom, and a little bit of the Original Space Ghost and Blue Falcon) But I feel that even though they come from similar Inspirations they will end up be very different Characters.
Posted by Erik Menard at 8:39 PM No comments: 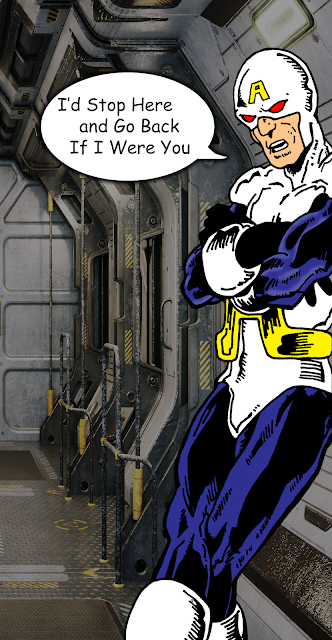 The Absorber is the co-leader, along with the energy being know as Microwave, of the organization known as the Terrorist Hierarchy of Evil & Malevolence or T.H.E.M.

Joseph Bennett is the son of Reginald Bennett a career bureaucrat in the British government working for the Office of the Lord High Chancellor. Joseph has always been a rebellious individual. In his late teens he became involved with an anarchist group know as the "World Anarchist Revolution" and assisted in their "disruptive" actions against the British government. Over the years he truly began to believe that all forms of government were corrupt and served to exploit and fleece the sheep who allowed themselves to believe their lies. He also came to the conclusion the only true way to be a free person was to act in one own "enlightened self interest". The world was not a fair place and and individual was only entitled to whatever thy could take and hold for themselves.
As a result Joseph began a rather successful "criminal" career and avoided being caught or identified by authorities, it was during a trip to the United States, where he and some other Anarchists was going to sabotage a series of power stations in New York state in order to create wide spread chaos that would act as cover for a local groups attacks on banks, as well as other targets, that several badly place explosives cause a high tension power line to fall on him electrocuting him. Another pylon also collapsed causing the power line to be jerked off him just before death claimed him.
While he was recovering, and  reeling, from his near electrocution a relative new Super Hero responded to his groups activities at the Power Station. As the Hero began rounding up the members of his terrorist cell he began to panic. He felt his mind reach out and latch on to the hero that had been putting out the various fires with ice powers, suddenly he felt a cold power roar through his system, and he some how knew how to use that same power the hero had been using. In desperation he turned the new power against the hero and managed to defeat him. He freed his compatriots and they went on the run. They all went their separate ways. Over time Joseph hunted them down as they were the only people who knew Joseph Bennett now had super powers. As far as he was concerned they couldn't be allowed to tell anybody else of his new abilities or he would never be able to properly exploit his new abilities to their fullest.
Posted by Erik Menard at 3:39 PM No comments:

A NOTE ON THE VMV

The Earth of the Vigilant Multiverse is very much like our own but with some notable differences.

The most important being the existence of Metahumans, as well as most, if not all, of the other tropes found in Superhero Comic Books as publish through out the years by the of DC, Marvel, Etc.
Also take note that some geographical locations, as well as political boundries and names may differ significantly from our world.